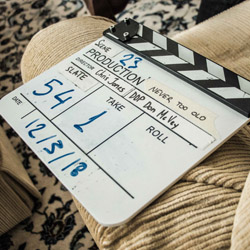 When we imagine our characters, we often cast the roles in our heads. It’s a great way to envision the movie that will be born from your script. When you write, is that where the process stops for you?

Unless you have direct contacts, the strongest asset you possess to attract brilliant actors is your talent. Creating three-dimensional, conflicted characters in unique and authentic stories is the key to attach the best names to elevate your script.

In this session, writers will hear directly from professional actors what they look for when a script comes across their desk, what turns their “Maybes” into “Yes’s.” and what are the convincers that will make them happily work for scale (and sometimes even for free!). 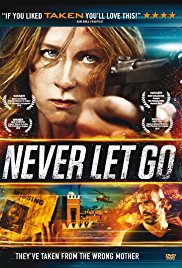 Aschlin is an award winning Screenwriter who's latest feature, 'Swimming With Men' starring Rob Brydon was released this summer.

Georgina has worked in script editing for Harlots S3 (Hulu/Amazon) and Gormenghast (Fremantle), in commissioning for BBC Drama, and development for Euston Films.

Credits include: Doctor Who, Peep Show

Ingrid is best known as one half of the comic double act 'Watson & Oliver'. Or maybe as Osgood on 'Doctor Who'.

Since making his mark in 80's cult classic Teen Wolf, Mark has appeared in films such as Florence Foster Jenkins, Kingsman: The Golden Circle, and Blade Runner 2049.

I couldn't believe the response... of the eight companies I pitched, seven requested – six requested scripts and two requested one-pagers."