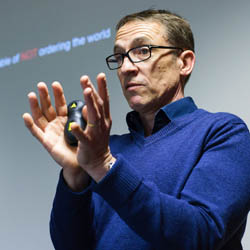 The primary reason why great ideas (and even developed scripts) written for longform television fail at the final hurdle, is poor structuring.

John Yorke should know. He wrote one of the greatest books on story structure ever written – Into The Woods – and as the Golden Globe winning, former head of Ch4 Drama, BBC Drama, Company Pictures and Eastenders showrunner… his resume clearly speaks for itself.

Join him for this two day longform structure masterclass. 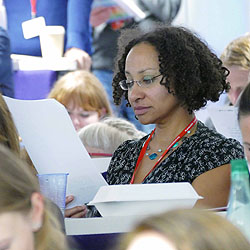 What can you expect?

It will offer hyper focused structuring for your narrative, and you will revisit character, theme and genre for your stories, as well as explore industry production formats – who offers the best home for your project and why?

Expect to learn new pitching skills too, as getting industry to lean forward and into your project is the first half of the challenge.

The weekend will break down into three focused areas:

Plus on both days, John will be inviting special industry guests to speak about their careers past and present, breaking in, the current ever evolving landscape of the business, what the commissioners are looking for in writers and their projects and how to get your scripts onto their desks.

After selling out his one day seminar for the past two years, John is expanding the class and introducing more practical exercises designed exclusively for this weekend.  Expect breakthrough after breakthrough clearing a path for you to fulfill your greatest potential. 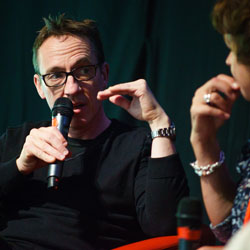 John is passionate about story telling and story creators. He is also a master at getting things made.

For many years he’s been responsible for a vast array of British drama; as both Head of Channel Four Drama and Controller of BBC Drama Production he’s worked on big popular works such as Hustle, Spooks, Casualty and Holby City alongside award-winners such as Bodies, Omagh, Sex Traffic, Not Only But Always and The Curse of Steptoe.

His career began single-handedly story-lining EastEnders in its very first BAFTA winning year – beginning a 14 year association that produced some of the biggest audiences in British television history.

As a commissioning Editor/Executive Producer, he championed some of the defining works of British television including Life On Mars, The Street, Shameless and Waterloo Road. In 2005 he created the BBC Writers Academy, a year-long in-depth training scheme which has produced a generation of successful television writers.He’s also worked as Editor of The Archers.

John took a sabbatical for three years to research and write arguably the best book on story telling ‘Into The Woods’… Dominic Dromgoole, Artistic Director of the The Globe Theatre said… ‘Even for a convinced sceptic, John Yorke’s book, with its massive field of reference from Aristotle to Glee, and from Shakespeare to Spooks, is a highly persuasive and hugely enjoyable read. It would be hard to beat for information and wisdom about how and why stories are told.‘

He knows the business. He knows story. And he is passionate about helping new talent into the industry.

Here’s what previous delegates had to say about John…

‘John Yorke was amazing, the cave/forest/wood concept was a real ‘unlock’ moment for me.’
Matt Harlock, Screenwriter & Director

‘John Yorke’s session was fantastic – I learned loads and he simplified everything into easily digested stuff.’
Sarah Cassidy, Screenwriter

‘I understand a lot better now how to create a premise that works for commissioners, what questions they ask, and how to pitch it.’
Kristina Day, Screenwriter

‘John Yorke knows story structure inside and out and taught us in a way that was simple, engaging and memorable.’
KT Parker, Screenwriter

John is author of Into the Woods and a drama producer, consultant and lecturer on all forms of storytelling. He also executive produced Wolf Hall.

Absolute value for money. Plan what you're going to attend in advance and go for it."