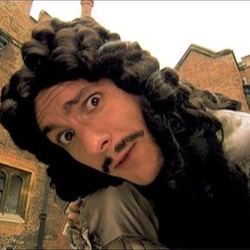 Horrible Histories is a multi-award winning comedy sketch show for children, based on the best-selling books by Terry Deary. First broadcast in 2009, it has earned widespread critical and popular success and has even spawned a spin-off BBC Prom at the Royal Albert Hall.

Its unique format (factual sketch comedy) – coupled with its emphasis on quality writing, great performances and high production values – has seen it garner 15 international awards, including five Children’s BAFTAs and the 2012 Rose D’Or. It also made history as the first ever children’s programme to win a British Comedy Award, being named Best Sketch-Show in both 2010 & 2011.

In this session, writers Ben Ward, Lucy Clarke and Henri Ward will talk through their processes and the challenges and rewards of working on this ground breaking and iconic children’s TV show.

Georgina has worked in script editing for Harlots S3 (Hulu/Amazon) and Gormenghast (Fremantle), in commissioning for BBC Drama, and development for Euston Films.

Henri works as a researcher for 'Horrible Histories' and more.

Lucy Clarke has been a comedy writer for 15 years following an award-winning career as a TV producer.

Networking is dramatically important for screenwriters. The LSF makes it very easy!"