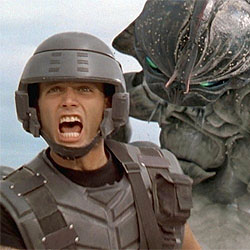 Robert Heinlein’s Starship Troopers is a classic in sci-fi literature. But it took the mind of screenwriter Ed Neumeier to take Heinlein’s unabashed glorification of militarism and turn it into a satire of war fetishization and propaganda. Fans of the original book were shocked by the difference, but the proof is in the result: Neumeier’s interpretation of the Roughnecks and their war against the bugs continues to be the indelible image retained by the culture at large.

In this session, delegates will:

Sitting down with the writer of this viscerally satisfying, smart, and funny examination of our own natures is a once in a lifetime opportunity. Do you want to know more?

Brilliant satarist and Sci-Fi legend Ed Neumeier joins the line up for LSF18. 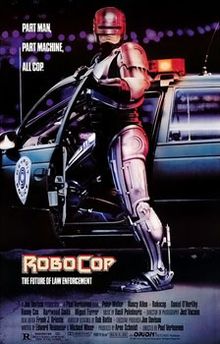 Credits include Below Zero, Hitlersaurus!

What an amazing weekend! I had a fab Actors' Table Read and three script requests from the pitching session."